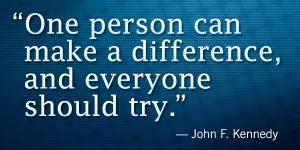 Ever heard the old song, "Brighten the Corner Where You Are?"
Time for Christians to step up to the plate and become voices of hope--influencers--in the spaces God has placed us.

Representatives from One Way Press recently attended a City Commission meeting and were delighted to participate in prayer with a local pastor as a part of the meeting. Following up on the City Commissioners meeting, we decided to check out the County Commissioners Meeting.

It was a different story on the county level. Rather than opening with Christian prayer, the County Commissioners opened their meeting with a secular humanist invocation, led by a chapter leader from the Freedom FROM Religion Foundation.

Does that alarm you? It should.

It is long past time for Christians to become involved in their local political agendas and to vote knowledgeably for officials at every level of our local, state, ad national governments. Check your city's website for posted city commission meetings--County Commission websites as well.

ONE WAY PRESS  is committed to promoting biblical values in every area of life--both the sacred and the secular.

July 02, 2020
One Way Press supports functional equality between women and men (as opposed to the intangible, unintelligible, ethereal, "spiritual," equality that under-girds complementarianism and traditional role religion). Follow this blog by email or subscribe to newsletter updates for details on how to participate in the live 10th anniversary conference call commemorating the 2010 Seneca Falls 2 Freedom for Christian Women Conference!
Post a Comment
Read more